Ever since humans have evolved into civilizations, they have turned to different ways to keep their possessions safe. This could be done by the most trivial there is; by locking them up. No marks for guessing, every lock comes with a key. Hence keys have been important to lock away and protect precious and important items and possessions from prying eyes. However as the security mechanisms enhanced, so did those of security breaches.

There have been countless issues where keys have been stolen, lost, misplaced, forged and duplicated. In today’s world, security cannot be compromised at such a large scale and needs to be strengthened to prevent valuables and precious or important possessions of people from being stolen away from them. Miami locksmith should be consulted for secure keys and locks.Before mentioning how such hazards can be prevented, it should be analyzed how the lock-key mechanism operates in practice.

In its entirety, a key is just a small artifact that has grooves or teeth which fits in its respective lock and upon twisting and turning it the lock internal pins move which trigger another mechanism that simply unlocks the lock. However, due to the simplicity of this, many thieves and robbers found ways to forge keys. 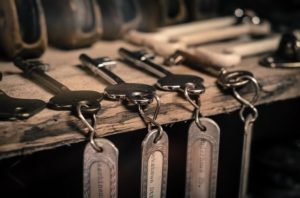 As mentioned above, an image scan of a traditional key is enough to generate data for its grooves and cuts and once fed into a 3d-Printer, the printer generates a key with duplicate cuts and grooves that can be used to open the locks the first key could. Such a grave loop hole in today’s security systems is grave. However there is some hope for the people.

As most modern car’s use, an electronic key is safe from the above issues. It can’t be scanned and hence it doesn’t provide any data to forge another key with. However, this still poses one risk where it could get stolen and may compromise the security. However, technology comes to the rescue again in the form of a 3d-printer.

Using modern day technology of 3d printer, one can again enjoy the massive benefits of high security. The reason why this method is more secure is the intricacy of a 3d printer. Traditional keys were made using metal or wood and the cuts and grooves were made by hand; hence only providing limited accuracy. Furthermore, as mentioned above, they were easy to duplicate. In the case of a 3d printer however, the process is much more complicated. 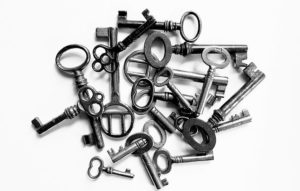 A 3d printer works in layers. If it had to print a key, it would start printing it for example from the inside layer. Then adding features upon each layer it would work its way up to the final top layer. This is the reason 3d printers are slow in printing 3d objects. Hence by feeding any pattern of grooves and cuts inside the 3d printer, one can generate an output 3d key that will have the same cuts and grooves. Furthermore, using computer aided design packages, the cuts and grooves can be further detailed to generate an even more complex pattern that makes it difficult to duplicate this key.

You may think such a key printed from a 3d printer would still be susceptible to duplication. However it is more secure due to the process via it is constructed. As mentioned above, the 3d printer works in layers and move its way up the layers; adding the required details to each layer. Furthermore, if the design of the key is enhanced so that the teeth, cuts and grooves of the key are hidden behind some layers, then it would be very difficult to scan and generate enough data to recreate the key again.Before investing in 3d keys, you may want to consult with locksmith Miami beach. In contrast to the security features it offers, the 3d printer method also has some drawbacks.

The first and foremost problem is a lost key. If the key is lost, a duplicate has to be printed again from the 3d printer and as of now, the 3d printers are slow, taking entire days to 3d print. Hence a lost 3d key could mean lost access to the lock unless the key is restored or its duplicate 3d printed. Apart from this as it may seem, the cost of 3d printed key is quite high. Since 3d printer are relatively new technology, they are not widespread and hence are scarce, which increases their demand and price as well. Lastly, if such a key is lost, apart from losing the money you spent on it, you’ll have to order another one, obviously different from the previous one to prevent compromising your security. This would mean getting another lock to which works with the respective new key. All in all, almost on par to the security features it provides, the secure 3d key also has its disadvantages which are mostly monetary in nature. 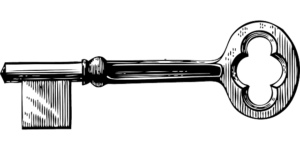 Secure and fool-proof locking mechanisms are a dire need in everyone’s daily life today where technology can help in providing 3d printed keys that are very difficult to forge due to the their intricate and complex grooves and ridges among hidden layers that prevent forgers or thieves to delve into the inner workings of the key and recreate or duplicate it. Security, however, comes at cost where even the simplest 3d printed objects can cost quite a bit, let alone losing a 3d printed key and contemplating the cost it would incur to replace it!

At locallocksmithfinder.com we connect you with Local Locksmith.We don't represent any specific Company or work with any specific Locksmith but we work with affordable locksmith companies  skilled in most of Top Lock & Safe products like  Chubb Locks & many others in many states .By calling us you agree to share your information with our associated companies for your required lockout services and locksmith Needs.

Get Lockout Services in